Opiates is the name given to the family of drugs that are derived from opium and have properties similar to opium and its main active ingredient, which is morphine. Opiates, which are abused either in their natural or synthetic form (Opioids), are frequently called narcotics, due to their propensity to cause the user to sleep (hence, narcolepsy, or the disorder connected to sleeping too much, and Morpheus (morphine), who the Greek mythology was the God of dreams). Opiates, which include the widely abused drugs Heroin, Morphine, Codeine, Demerol, Fentanyl and Methadone, can be swallowed, smoked, snorted, injected into under the skin (“skin-popping”) and injected intravenously.

Opiates/Opioids relieve pain by increasing the pain threshold in the brain, in addition to reducing fear and anxiety by interfering or slowing down the neurotransmitters norepinephrine (NE), Dopamine (D) and Acetylcholine (Ach). Another naturally occurring neurotransmitter in the brain, the endorphins (“endo” = produced within + “orphins” [from morphine]) mediate pain and regulate mood. The Opiates stimulate the release of endorphins, creating the feeling of euphoria but also bring about the unwanted effect of Central Nervous System depression (respiratory depression is a prime cause of death with Opiate users).

Symptoms and Side Effects of Abuse/Dependence

Acute effects of Opiates/Opioids abuse include feelings of euphoria, relaxation, relief from pain, “nodding” (apathy, detachment from reality, impaired judgment and drowsiness), constricted or “pinpoint” pupils, constipation, nausea, slurred speech and respiratory depression. Along with the “rush” sensation, users will experience an increase in body temperature, decreased tension, dry mouth and reduced gastrointestinal mobility. Intravenous users of Opioids are at high-risk for developing HIV+, Hepatitis B and other infections, such as skin abscesses, phlebitis (inflammation of a vein) and septic emboli (the presence of disease causing toxins in the blood or the body tissues), which could lead to pneumonia and other diseases (AIDS).

Long-term use of Opiates/Opioids cause a general loss of energy, ambition, drive, motor retardation, attention impairment and sedation.

If you are struggling and abusing opiates, please consider asking others for help, by clicking here.

Other HEAD GAMES Drugs of Abuse:

TeleHealth/Video counseling sessions are available for those who prefer to meet online – Dr. McGill 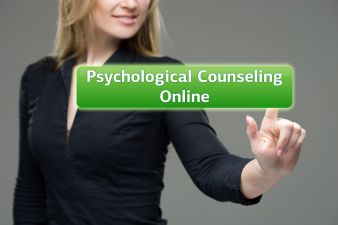